NBHS Victors in the Battle for Hudson County 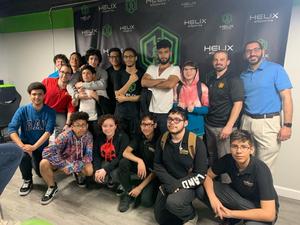 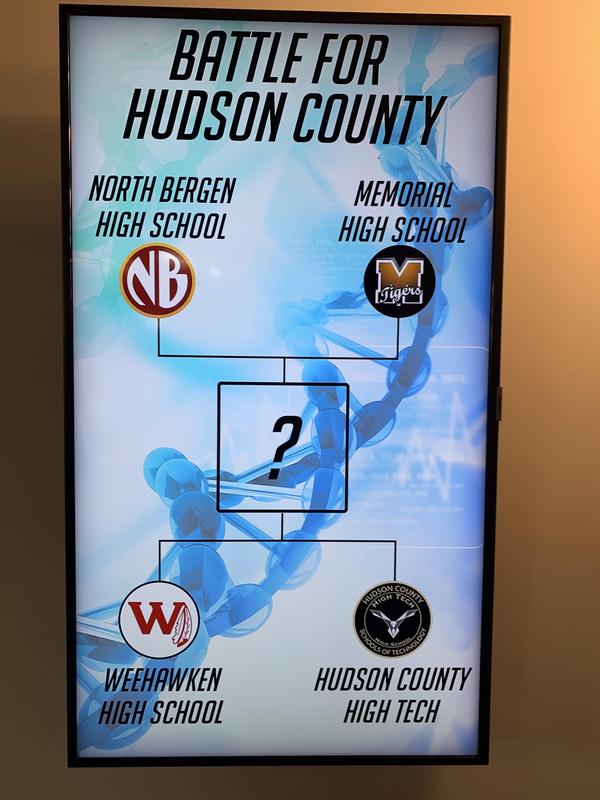 On Friday, May 17th, The North Bergen eSports teams competed in the first ever eSport tournament held at the Helix facility. NBHS put two teams fourth in both Overwatch and League of Legends. Our teams competed against High Tech High School, Memorial, and Weehawken in bracket competition. Click the title for more.
In Overwatch one of Our Bruins Teams went undefeated to claim 1st place and the second Bruins team claimed to third place after a defeat to High Tech twice.  In League of Legends again the first Bruins team went undefeated taking first place and the other team took third after two losses.
During the competition which was cast live on twitch, colleges such as Rutgers and NYIT were present scouting a few of our players and allowing the coaches, Mr. Ensman, Mr. Enrico, Mr. Estela, and Dr. Keshishian some opportunity to network. We were even offered the opportunity to scrimmage the NYIT team and hopefully, we can get the opportunity to do the same with Rutgers, who just won the collegiate championship in Houston.
Currently, eSports is not considered an athletic competition, but if you were present you could feel and see the camradery, teamwork, and respect shown by all that participated and spectated.  It was a wonderful event, and more pictures and information to follow in the science newsletter.